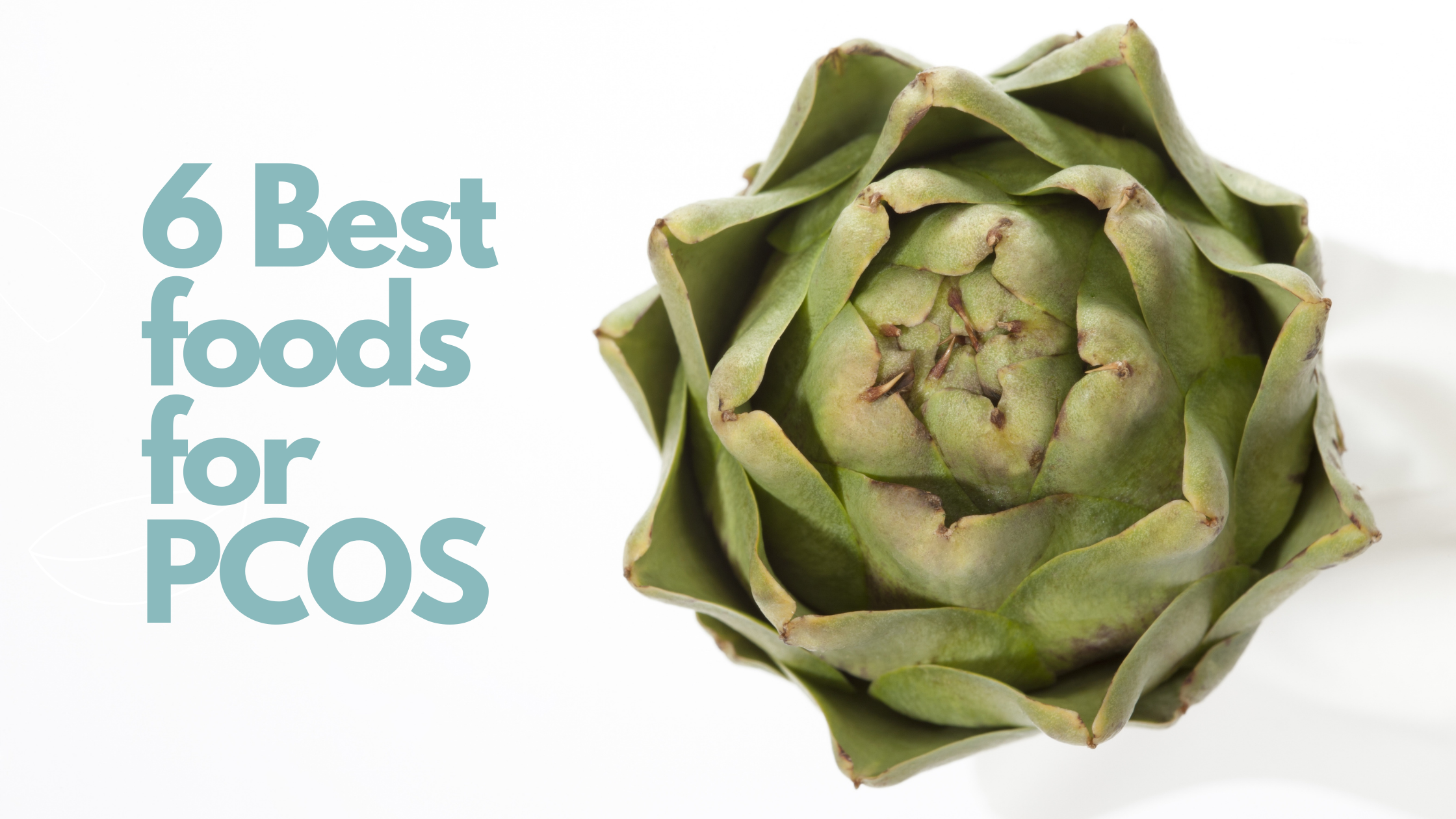 Now that you know the  root causes behind your PCOS, you may be wondering how to address them through diet and lifestyle changes. To get you started, here are 6 of the best foods for PCOS. In other words, PCOS Power Foods — or foods that have some scientific evidence that they help with some aspect of PCOS.

Turmeric is well-known for its anti-inflammatory properties, and the scientific research backs this up. Curcumin, the active ingredient in turmeric, has been shown to inhibit the creation of inflammatory molecules that wreak havoc on our bodies and our cells. Turmeric’s warm and subtly spicy flavor is delicious in soups, curries, stir-fries, and lattes. If you want to increase your dose, you can also take curcumin as a supplement. Studies most commonly use around a 1-gram dose. For best absorption, combine turmeric with a pinch of black pepper and a source of fat.

Ginger also contains curcumin as well as other compounds that may help balance hormones. Studies have shown ginger may improve hormone balance, and it also may improve nausea. Plus, ginger has potent anti-inflammatory effects and has been investigated for its potential to help with the symptoms of MS and Rheumatoid Arthritis. Ginger is a versatile root that can be brewed as a tea, used in curries, stews and stir-fries, added to a smoothie, or baked into muffins and desserts.

Try it in my Amped Oats for Fertility.

Flaxseed is one of the best foods for PCOS for a number of reasons. It contains lignans, special fibers that have a weak estrogen-like effect in our bodies. This potent little seed appears to lower sex hormones including both testosterone and estrogen in some studies. You can sprinkle ground flaxseed on cereal or yogurt or add it to smoothies or oats.

I recommend buying flaxseed ground and storing it in the refrigerator.

I feature flaxseed in many of my recipes including the Chocolate Walnut Muffins from A Balanced Approach to PCOS, my Lentil-Flax-Walnut “Meatballs,” my Pancake-in-a-Mug, and many of my protein ball recipes (my faves are the Pumpkin Pie Energy Balls). 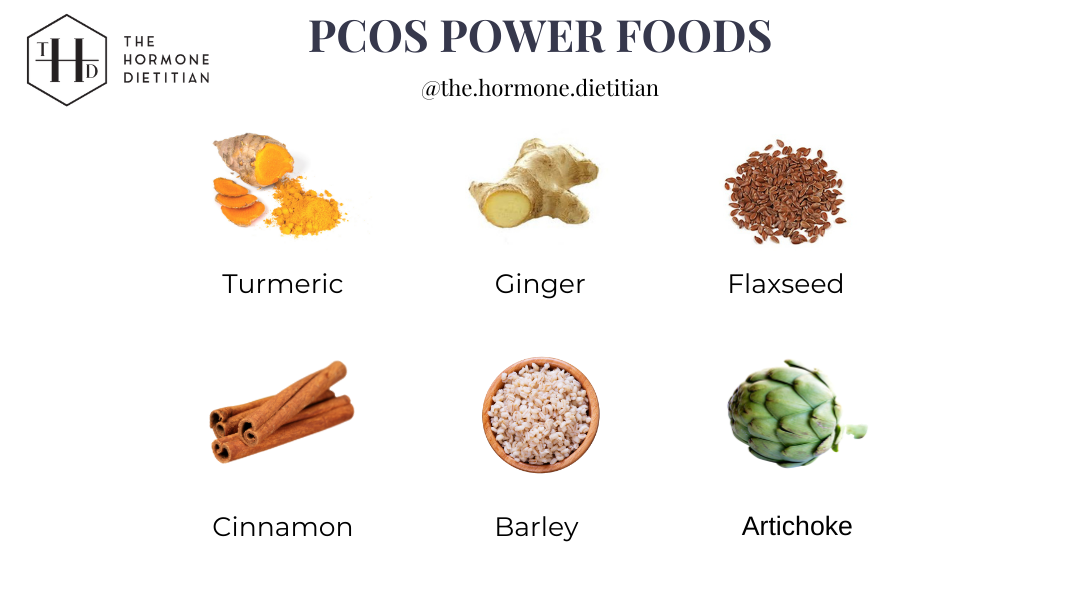 Turns out cinnamon isn’t just a nice fall spice – it also helps lower blood sugar and improves insulin resistance in a number of studies. Dosage varies, but in a recent study, as little as 1 gram per day was found make a difference in blood sugar levels. You can sprinkle cinnamon on oats, in baked goods, use it in Mediterranean dishes and in smoothies.

Try it in my PB&J Fat Bombs.

Barley is filled with beta glucans, which have been found to lower blood sugar enough to be effective for people with Type II Diabetes. This makes it one of the best foods for PCOS in terms of grains and complex carbohydrates! Barley is excellent in soups and stews, as a risotto, and as a breakfast cereal. This grain does contain gluten, so be aware of that if you need to be gluten-free.

I don’t have any barley recipes on my site yet, but there are some in my PCOS cookbook.

Artichoke lovers can rejoice over an added benefit of these savory treats that are a relative of milk thistle. Recent studies have shown that artichoke leaf extract is associated with significant improvement in diseased livers. It appears to do this through antioxidant effects. Studies on humans used around 600 mg of artichoke leaf extract, but you can get some of these benefits from enjoying steamed or grilled artichokes or artichoke hearts (which are also a great source of fiber!).

Sound tasty? Try adding some of these PCOS Power Foods to your daily routine and see how it goes. Not only are they some of the best foods for PCOS, they’ll delight your taste buds as well!

Check out my book, A Balanced Approach to PCOS, for more of the best foods for PCOS!

And check out more PCOS Power foods in this article I was quoted in.

Or sign up for our free masterclass – PCOS Period Success: 3 Simple Diet Shifts You Can Make NOW to Get Your Period Back now!

We are a participant in the Amazon Services LLC Associates Program, an affiliate advertising program designed to provide a means for us to earn fees by linking to Amazon.com and affiliated sites. 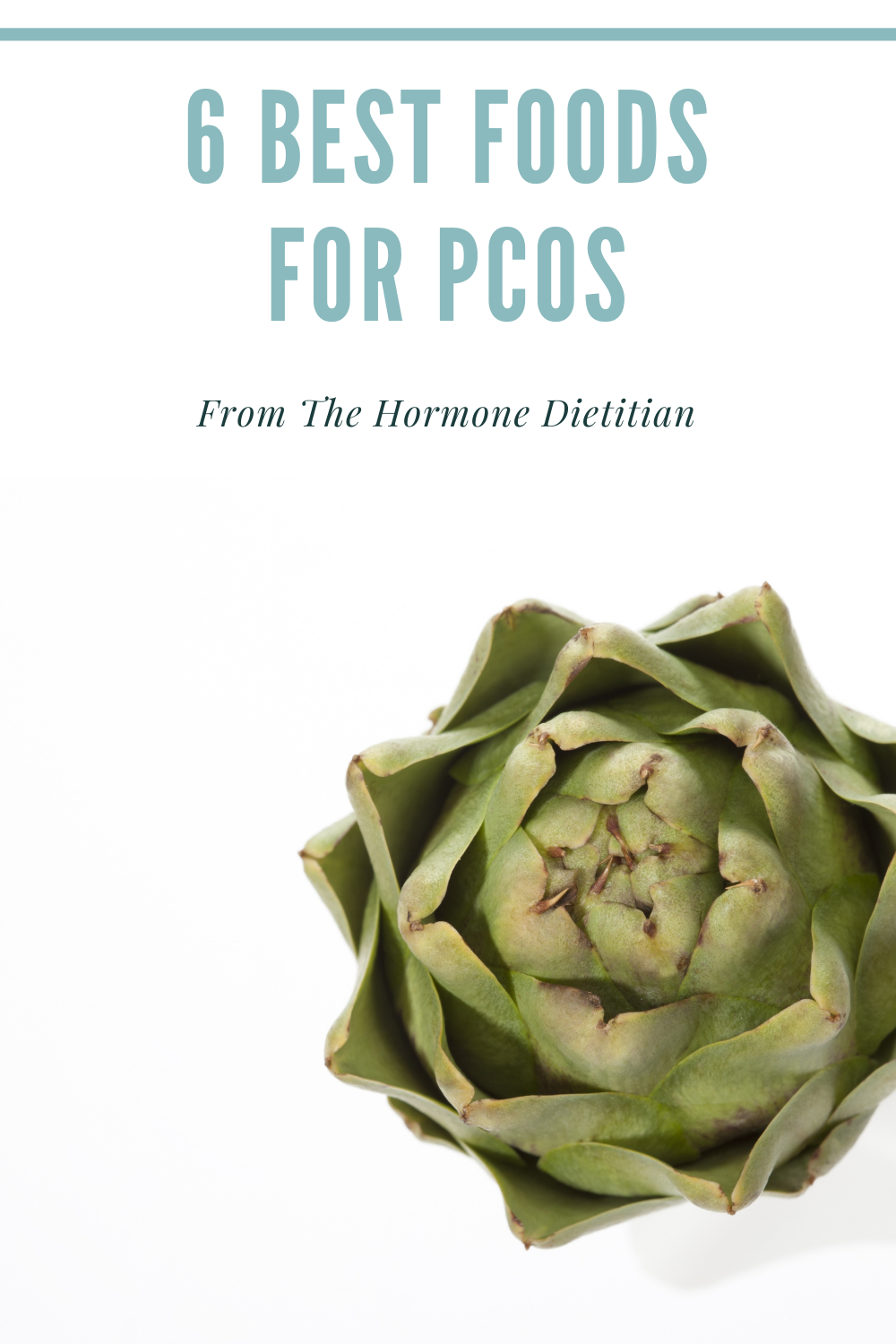 This site uses Akismet to reduce spam. Learn how your comment data is processed.

We use cookies on our website to give you the most relevant experience by remembering your preferences and repeat visits. By clicking “Accept All”, you consent to the use of ALL the cookies. However, you may visit "Cookie Settings" to provide a controlled consent.
Cookie SettingsAccept All
Manage consent

This website uses cookies to improve your experience while you navigate through the website. Out of these, the cookies that are categorized as necessary are stored on your browser as they are essential for the working of basic functionalities of the website. We also use third-party cookies that help us analyze and understand how you use this website. These cookies will be stored in your browser only with your consent. You also have the option to opt-out of these cookies. But opting out of some of these cookies may affect your browsing experience.
Necessary Always Enabled
Necessary cookies are absolutely essential for the website to function properly. These cookies ensure basic functionalities and security features of the website, anonymously.
Functional
Functional cookies help to perform certain functionalities like sharing the content of the website on social media platforms, collect feedbacks, and other third-party features.
Performance
Performance cookies are used to understand and analyze the key performance indexes of the website which helps in delivering a better user experience for the visitors.
Analytics
Analytical cookies are used to understand how visitors interact with the website. These cookies help provide information on metrics the number of visitors, bounce rate, traffic source, etc.
Advertisement
Advertisement cookies are used to provide visitors with relevant ads and marketing campaigns. These cookies track visitors across websites and collect information to provide customized ads.
Others
Other uncategorized cookies are those that are being analyzed and have not been classified into a category as yet.
SAVE & ACCEPT

What’s YOUR PCOS Root Cause?

Find out which root causes are driving YOUR PCOS symptoms